Homeworld was an epic RTS game released back in 1999. The game was a huge success. It featured breathtakingly beautiful visual effects, a compelling storyline, and full 3-D combat for some of the most intense space fights of all times.

In 2013, THQ, the publishers of Homeworld went bankrupt, and the intellectual property rights to the game were sold to the highest bidder, Gearbox, who also announced the plans for a digital re-release and a HD remaster of the games. The game community was elated, and thus began the wait for the game to get a new life breathed into it.

When Gearbox started pushing out photos of the remastered game as part of the pre release publicity, the fans were simply in awe. Have a look for yourself : 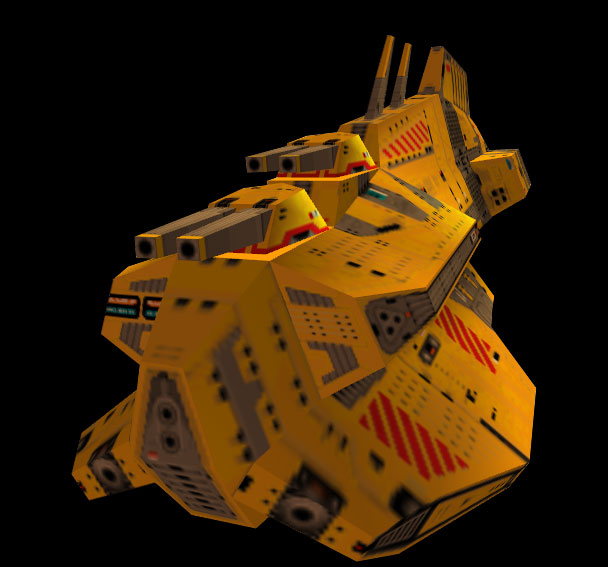 Everything was going nicely for everyone at this point. In the final release build however (problem persists as of latest patches, 6 February 2016), issues were experienced by the veterans of the old game. The remastered version of Homeworld is simply broken in far too many ways to be played. Major issues which I have encountered which completely break the game for me is the problem with “formations” in the new game.

“Formations” are a way in Homeworld Classic to put your battle ships into one of the preset battle formations, or one of your custom military designs. The whole formation would then act as one single unit, would move at the speed of the slowest ship within the formation, and most formations would allow for the more valuable ships to be guarded in some way.

A “Sphere” of scouts hammering onto an enemy resource collector.

A “Sphere” of Heavies guarding a Salvager

You will notice some similarities between the first and the last image. In the first image, the frigate is a part of the strike group, and the “sphere” formation automatically puts the most valuable unit in the middle of the sphere, guarded by a ball of less expensive, less valuable fighter units. The whole ball is one strike group.
In the last image, a sphere of heavies is guarding a salvager unit. The sphere and the guard target are different units. The ball of fighters just escort the salvager around and fire at anything hostile that gets too close.

In Homeworld Remastered, however, none of this military elegance works. Units also tend to break formations at the first hostile contact.

A sphere of fighters “guarding” a frigate.

A sphere of heavies “guarding” a salvager.

The same “claws” in battle

Homeworld Remastered is just a good looking game, lacking all of the tactical strategy features of the classic game. And it even messes up in the only department its good at.

A salvage unit towing a drone.

In the above image, you will notice if you look closely, that the magnetic beam effect is missing. Now, I’m pretty sure in realistic settings, you don’t get the beam, but it was a good visual tell of salvager working.

And then we have realism-breaking stuff like the above. A resource collector unit in the remastered game will actually “smoke” of dust, as a visual tell of it being full. But wait, if it only smokes when it is full, does it mean that at some level, it is actually leaking the contents of its storage bays into space? That RU is really precious, you know!

Homeworld Remaster is a huge upgrade to the dated looks of the Classic game, but devs need to realize that looks aren’t everything. Most serious gamers would play something that looks bad and has nice gameplay, than the other way around. When you take a gem like Homeworld and do anything building into the same series, you set high expectations from players, and as a long time Homeworld player, I am just disappointed.

For a video comparison of the formation settings between the two games, do watch the below comparison I compiled.

This site uses Akismet to reduce spam. Learn how your comment data is processed.